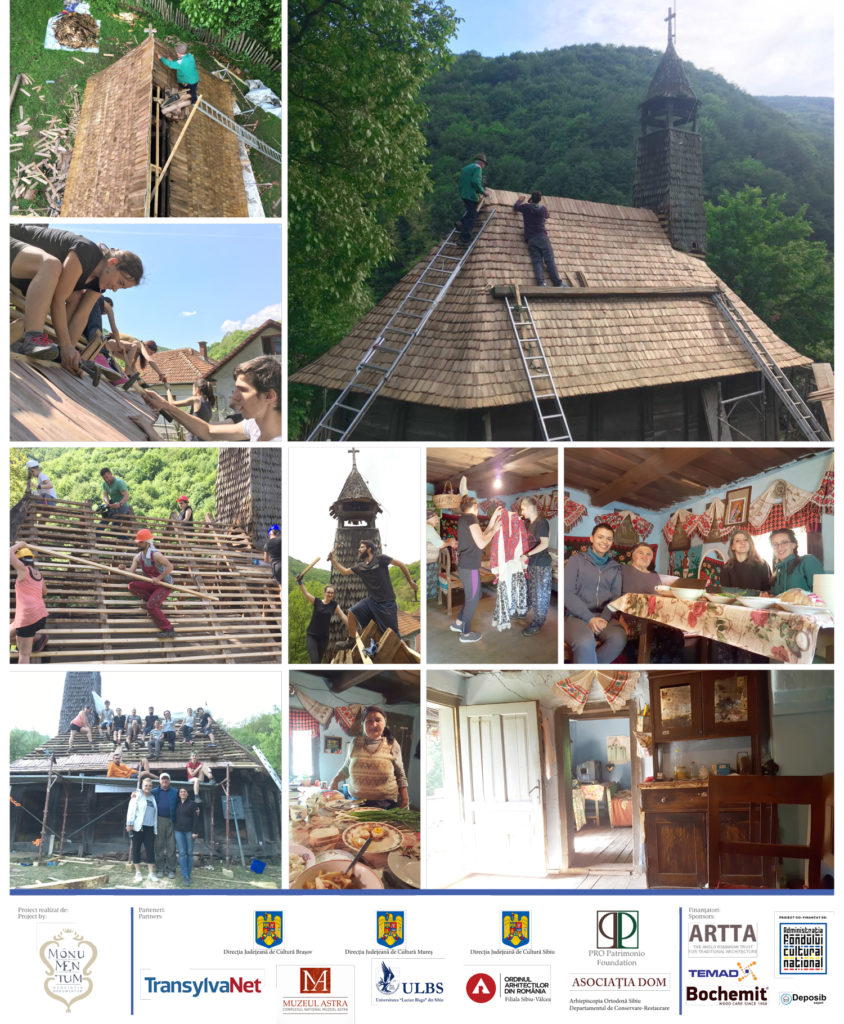 GENERAL PRESENTATION
Despite its modest size, “St. Nicholas” church from Vălari is one of the most attractive wooden cult buildings in the Pădureni area. The dendrochronological analyses proved that the oldest wood elements used for the altar and the naos belong to oak trees cut in the winter of 1676/1677; other fragments were dated around the year 1700. Apparently, the church was initially built only with narthex, naos and altar, whilst the bell-tower above the narthex was built subsequently.

THE STATE BEFORE THE INTERVENTION
As far as a decade ago the shingle roof covering no longer offered protection to the church, therefore it was temporarily covered with a plastic sheet meant to protect until a restoration project would begin. However, the project could not be realised, and the degradations were accelerated. The water reached the interior of the church, thus affecting the battens of the vault and the floor, while at the exterior the water drained on the walls through the deteriorated margins of the eaves.

ACCOMPLISHED INTERVENTIONS
The existing shingle covering was replaced with a new and similar material. The shingle was purchased with the support of Toplița Town Hall, which
also partially supported the meals, while the accommodation was offered by the local community. The tools were offered by S.C. TEMAD CO SRL from
Brașov, while the wood treatment solution was provided by Bochemit (producer) and Deposib Expert from Sibiu (dealer).