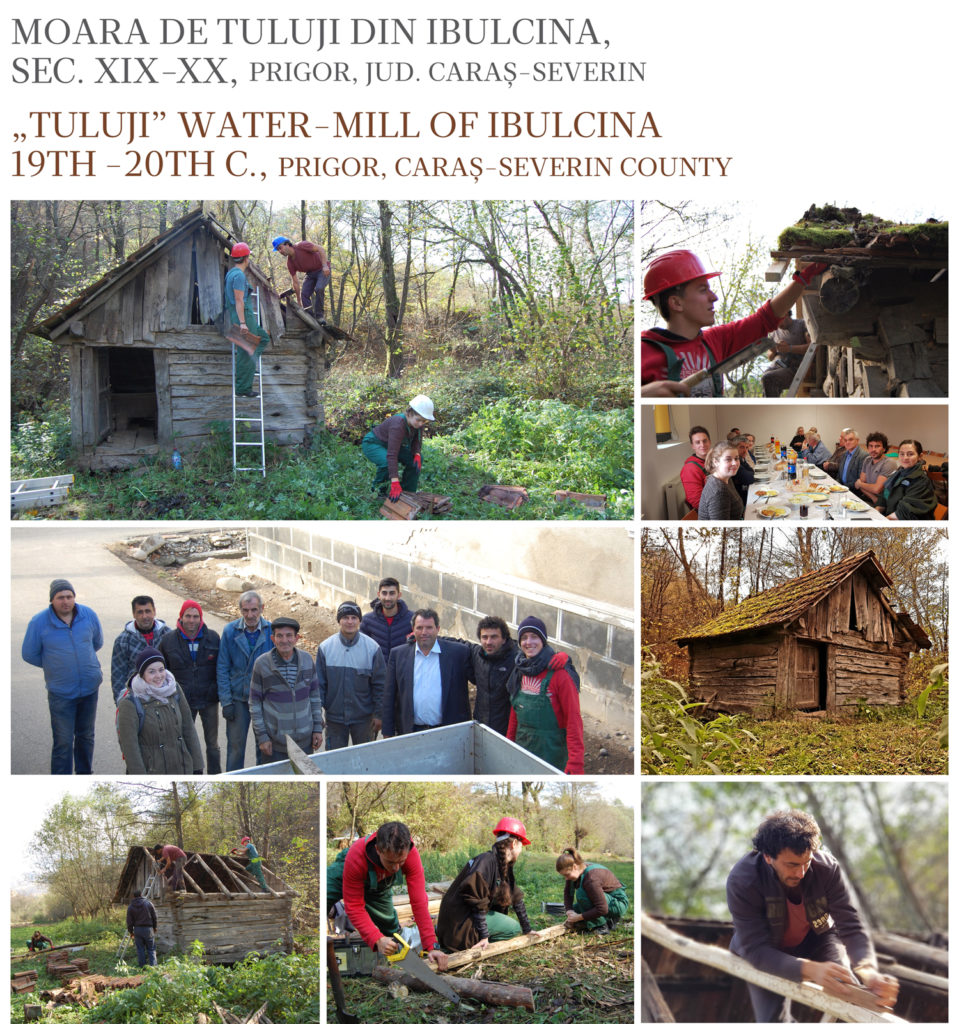 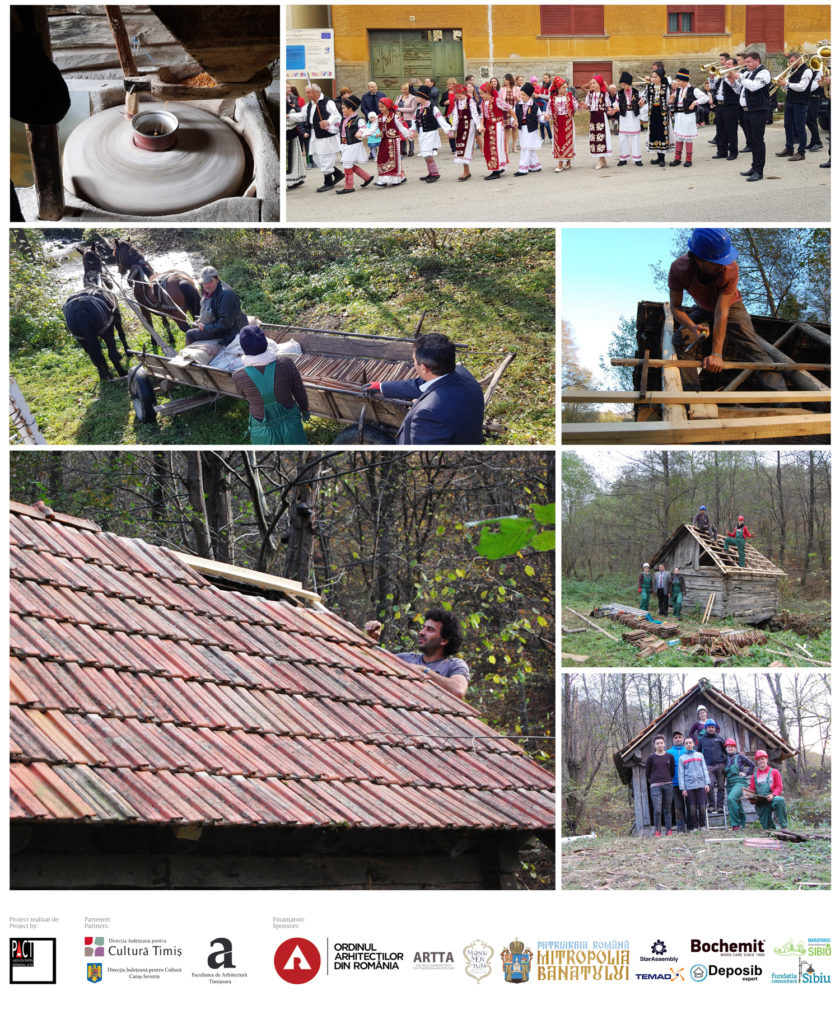 GENERAL PRESENTATION
The Valley of Almăj is one of the richest ethnographic areas in the country from the point of view of themolinological heritage. The spectacular water mills, some of which are still used, others abandoned are, without question, one of the area’s greatest fortunes.
At Ibulcina, probably on the site of an old hamlet, the Ambulanța pentru Monumente team found two grainmills, one that was used to grind for the people and the other one for the animals. One of these mills worked almost ceaselessly during our stay there; the other one was abandoned, its wheel having been stopped for many years.

THE STATE BEFORE THE INTERVENTION
The roof of the mill presented missing tiles, rotten rafters and degraded slats that could no longer be preserved.

SAFETY INTERVENTION PROPOSAL
It was proposed to uncover the roof on the degraded side, to carefully examine all present inscriptions, to repair the degraded rafters and to replace the degraded slats and tiles.

ACCOMPLISHED INTERVENTIONS
We decided to preserve all the good tiles, even keeping them covered with moss where it was possible, and to replace the degraded tiles with exactly the same type of old tile. We did not build a shingle covering, even if the beech shingle was specific to this area, because the Jimbolia-type tile has been the primary material for roofs from the Banat region for more than 100 years, thus, deserving its place in the history of this area.