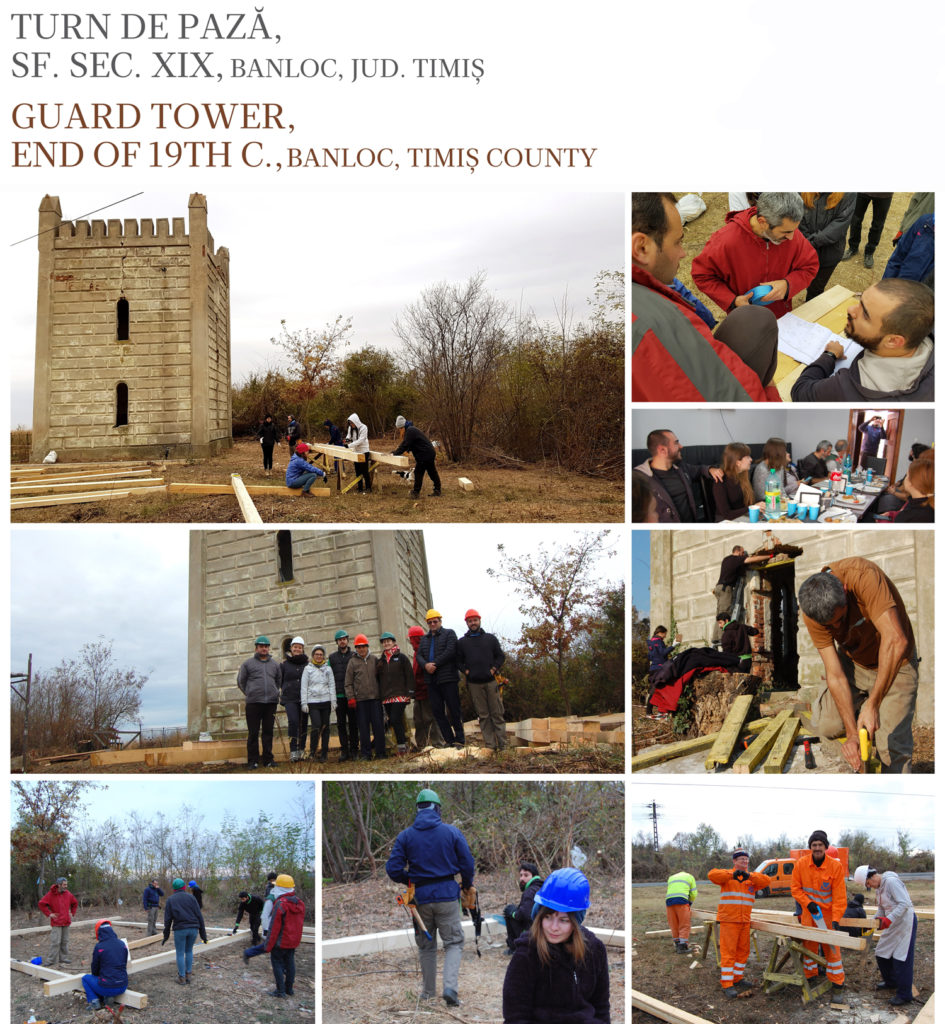 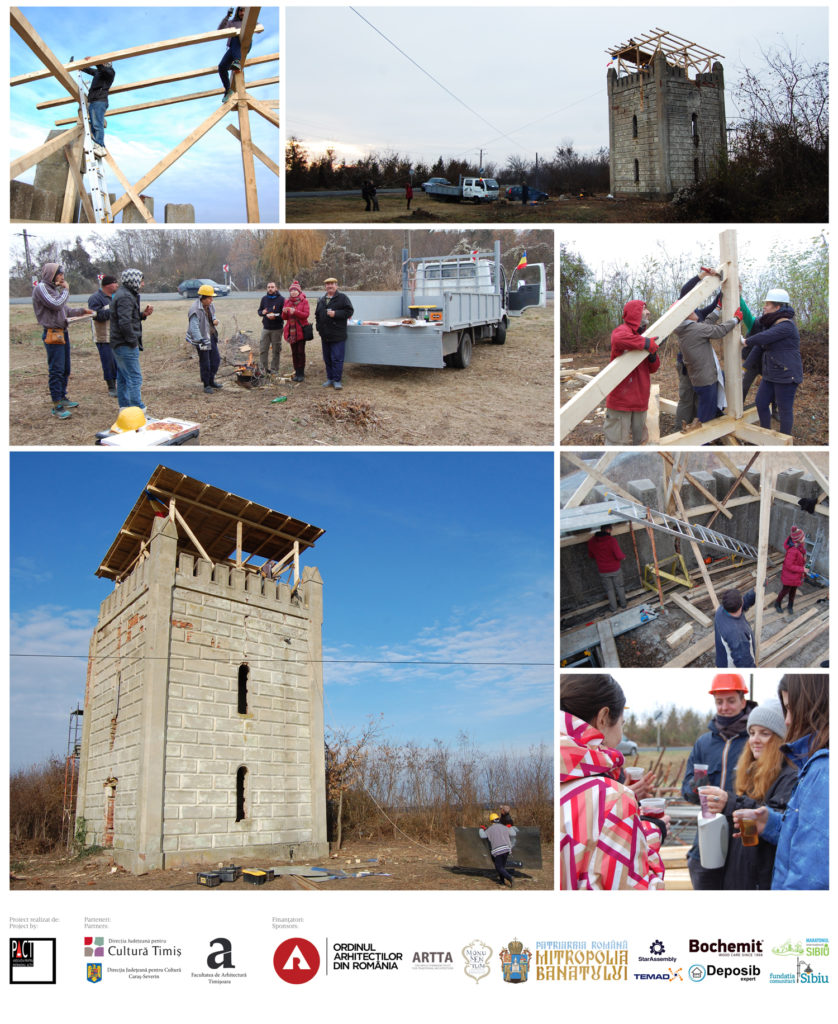 GENERAL PRESENTATION
The Castle of Banloc is one of the most representative castles from the Plain of Banat. What is less known is that alongside the castle and the park, along its property, there are many other modest edifices, which are abandoned, covered by vegetation, having been vandalized many times throughout their history.
The Guard Tower or The Banlocculă, as the locals call it, in the immediate vicinity of the DN 59B road, between Deta and Banloc, abutting the once-extended property of the Karacsonyi family, to which the palace belonged until the beginning of the 20th century. It is an eclectic-romantic construction of the late 19th century, abandoned for over 70 years and damaged by the earthquake of 1991.

THE STATE BEFORE THE INTERVENTION
The culă presents cracks on the entire section, indicating earthquake damage dating back to 1991; the wooden floor and the entryway staircase have disappeared. The terrace roofing is heavily degraded, allowing rainwater infiltrations. In the crack caused by the earthquake, the two outgrown shrubs, through their roots, have significantly accentuated the opening. Whole portions of the crenel and merlon have fallen.

ACCOMPLISHED INTERVENTIONS
A wooden structure was built to support the crenel and merlon area and to protect the culă from rainwater damage. To prevent the further opening up of vertical cracks, 5 metal tie rods will be added to stabilize them. This emergency shelter has the role of prolonging the life of the tower until the authorities find the financial resources to restore and refunctionalise it.