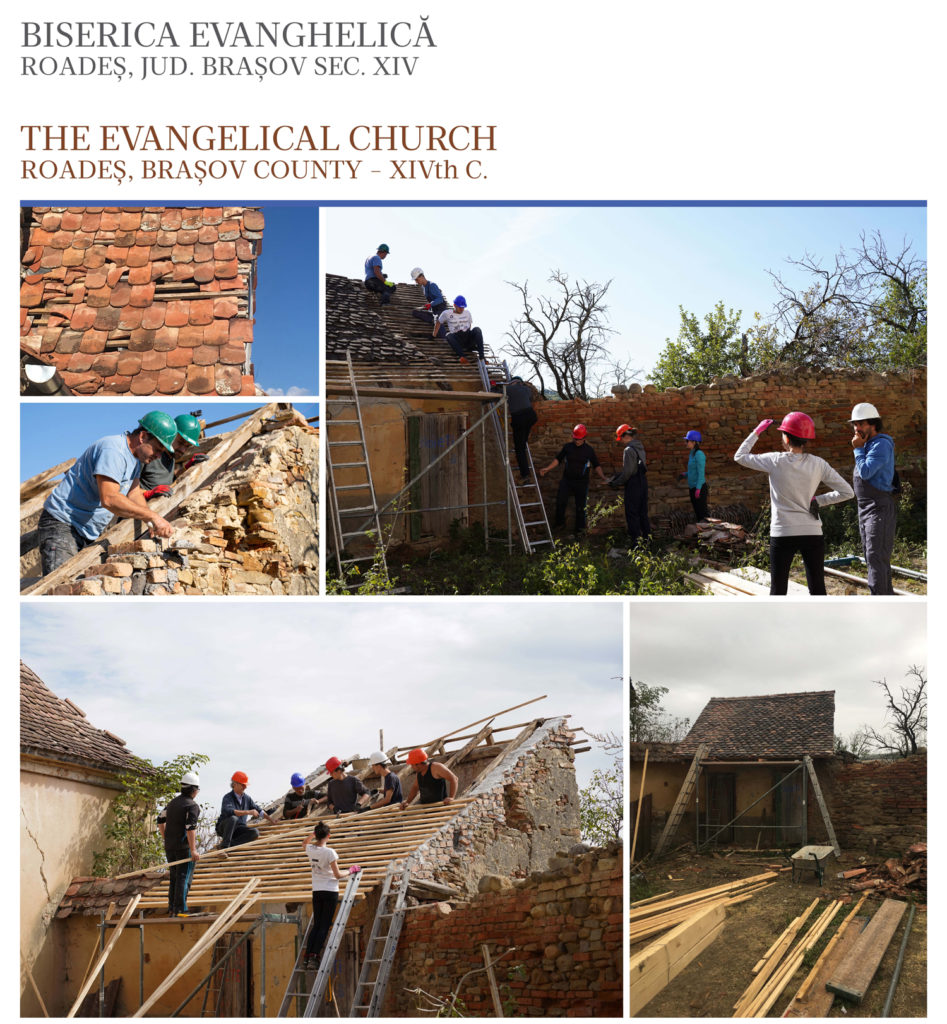 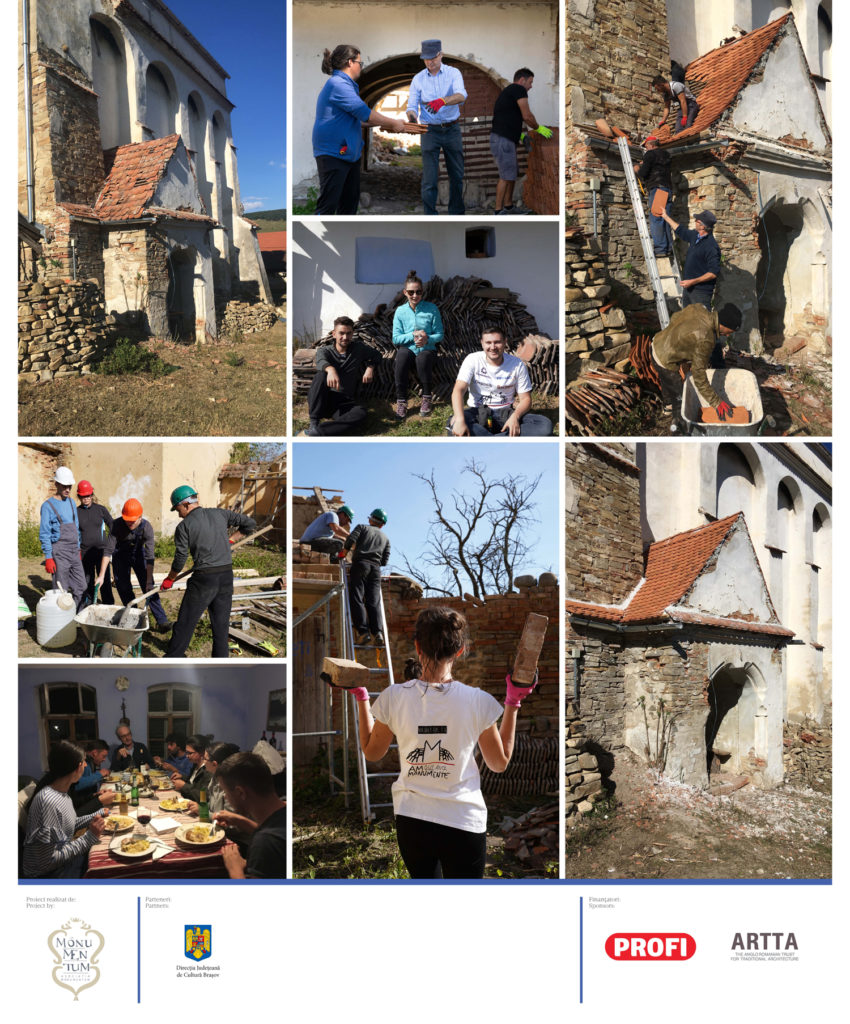 GENERAL PRESENTATION
The evangelical church ensemble in Roadeș has a very special, unquestionable documentary, architectural, artistic and environmental value. It is a
noteworthy example of Saxon architecture part of a well-defined cultural landscape, but several of its components are in urgent need of an intervention.

THE STATE BEFORE THE INTERVENTION
One of the components that have threatened to collapse and endanger the locals and the visitors is the open bell tower; smaller in size, it’s placed along the fourth precinct and dates from the 17th century. It has a lectern roof that’s sloped towards the interior and a cornice under which there’s still a partial inscription dating the 2nd curtain.
The tiles from the portico roof above the church entry were improperly placed in one layer, which allowed for the infiltration of rainwater and caused the degradation of the roof and of the plastered brick vault from the level of the cornice.

SAFETY INTERVENTION PROPOSAL
The intervention consisted in replacing the degraded laths and the missing or degraded fish tale roof tiles with others identical in shape, aspect and disposition pattern. The proposal was to complete the western wall of the southern tower with hand-made traditional bricks. This will observe the restoration principles and will be reversible: they shall use materials from the same essence and the local traditional processing, mounting and material combination technique.

ACCOMPLISHED INTERVENTIONS
The intervention consisted in replacing the degraded elements of the portico and tower roof and filling-in the western wall of the tower with bricks. The new tiles were produced at the traditional kiln in Apoș.