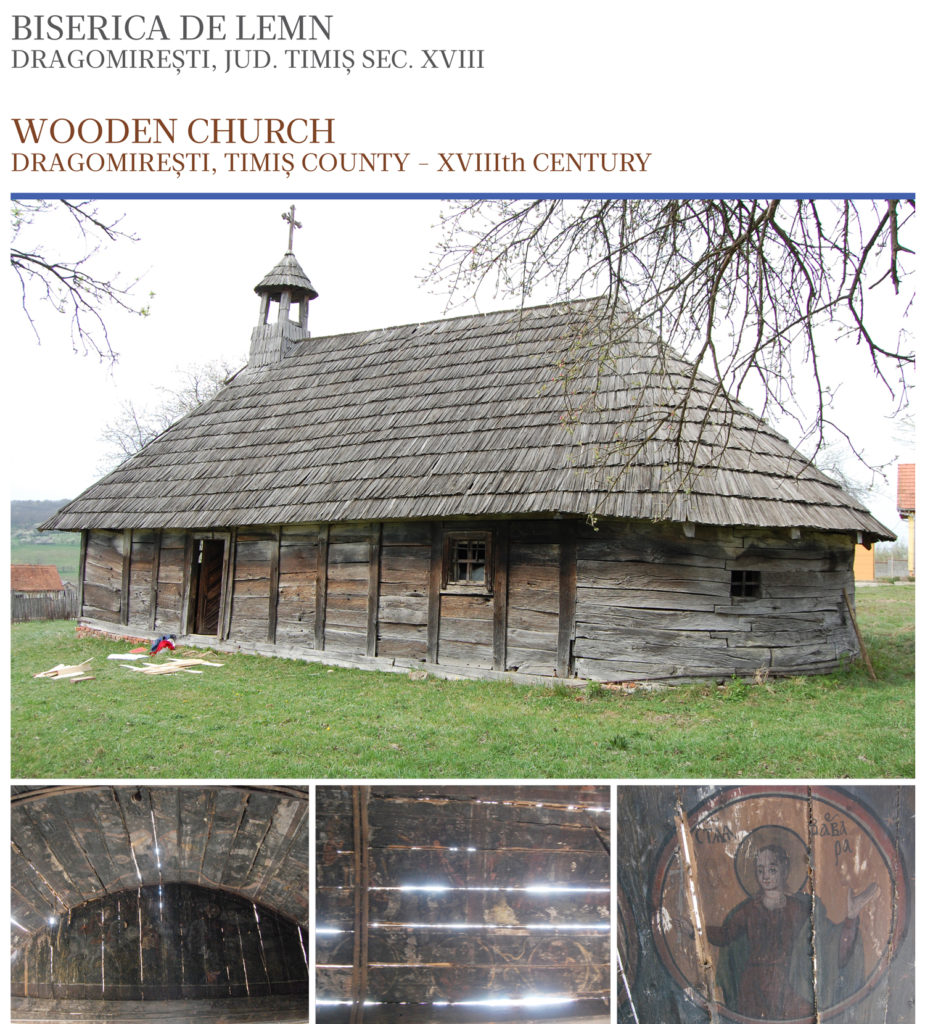 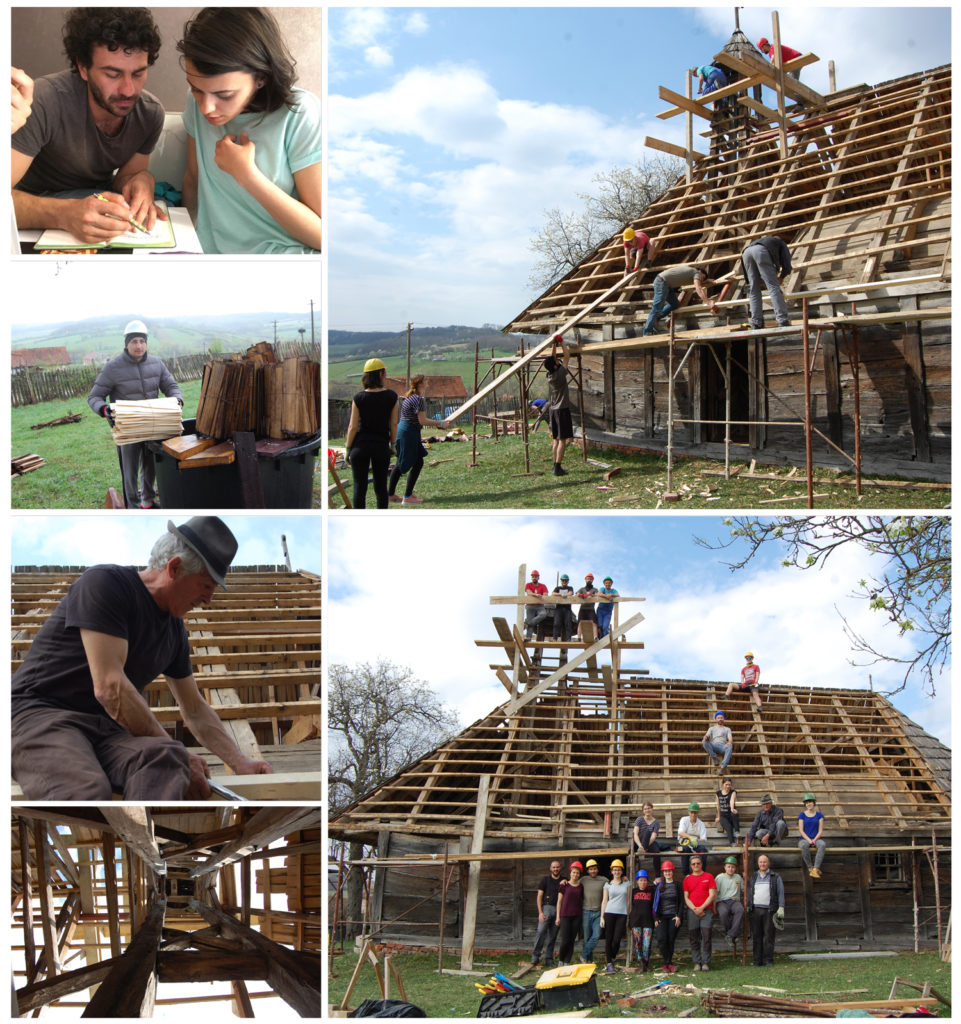 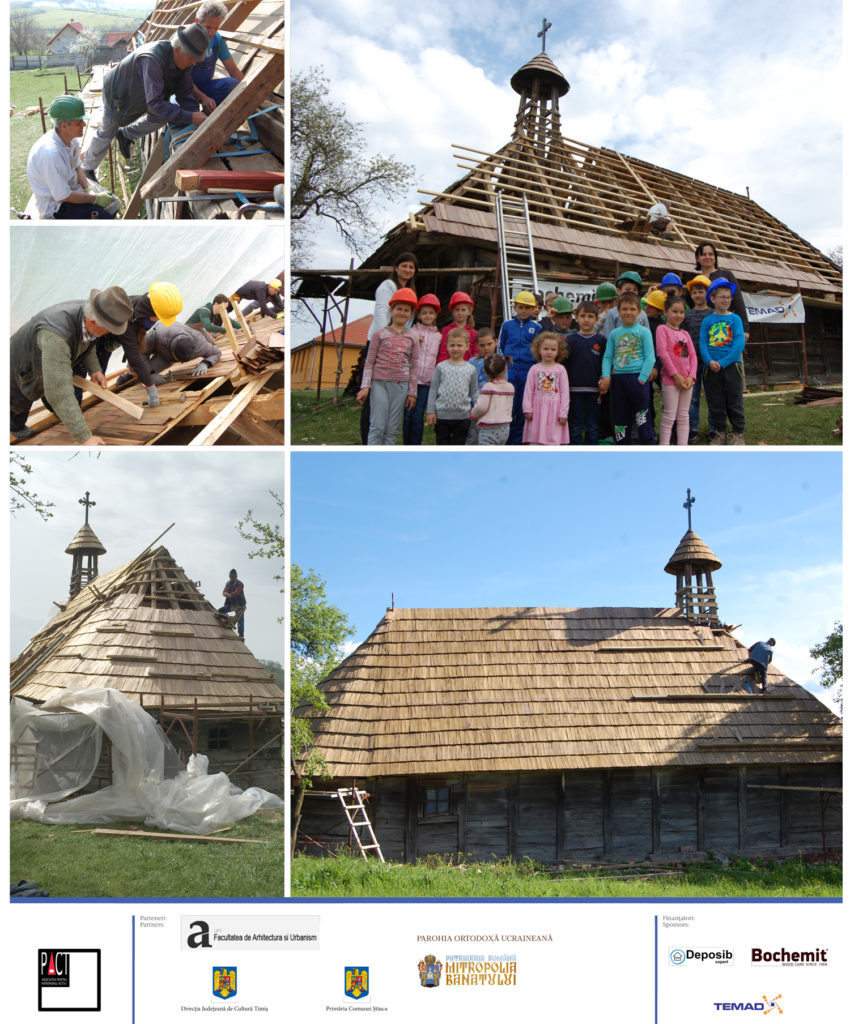 GENERAL PRESENTATION
The wooden church in Dragomirești is one of the oldest and most valuable in Banat, although both the year of its construction and the one of its bringing
into the village is still shrouded in mystery. The church dates back to the 17th-18th centuries. The painting, one of the most valuable in Banat, is made
by the painters Savu Zabar and Groza Barzav who were to paint and sign the royal doors of this church in 1774. If we accept the local tradition that the
church was originally built in the village of Zorlenţu Mare and then, sometime in the 18th century, moved to Dragomirești, in the absence of traces
indicating that the church was moved after the painted decoration, it must have been moved before the church’s inscriptions dating from current
location (Dragomireşti). Considering that a conscription dating back to 1755 records a relatively new wooden church in Zorlenţul Mare, from 1737, it can
be assumed that in Dragomireşti was actually sold an older wooden church of the Zorlenţa Mare community.

THE STATE BEFORE THE INTERVENTION
The shingle cover of the church and the small tower above the pronaos were in an advanced stage of degradation, endangering the conservation status
of the monument and its painted décor. The pluvial water infiltrated the church during the time and affected the narthex ceiling, the vault of the nave
and the apse of the altar.

ACCOMPLISHED INTERVENTIONS
The emergency interventation has replaced the very degraded cover with a new shingle roof. The new shingle has the same wood essence and size. It
was done in 3 layers, with the nail apparent. The old coating was in two layers, but it was decided to add an extra layer to increase its resistance over
time. The shingle was previously treated with a substance with fungicidal and insecticidal properties.