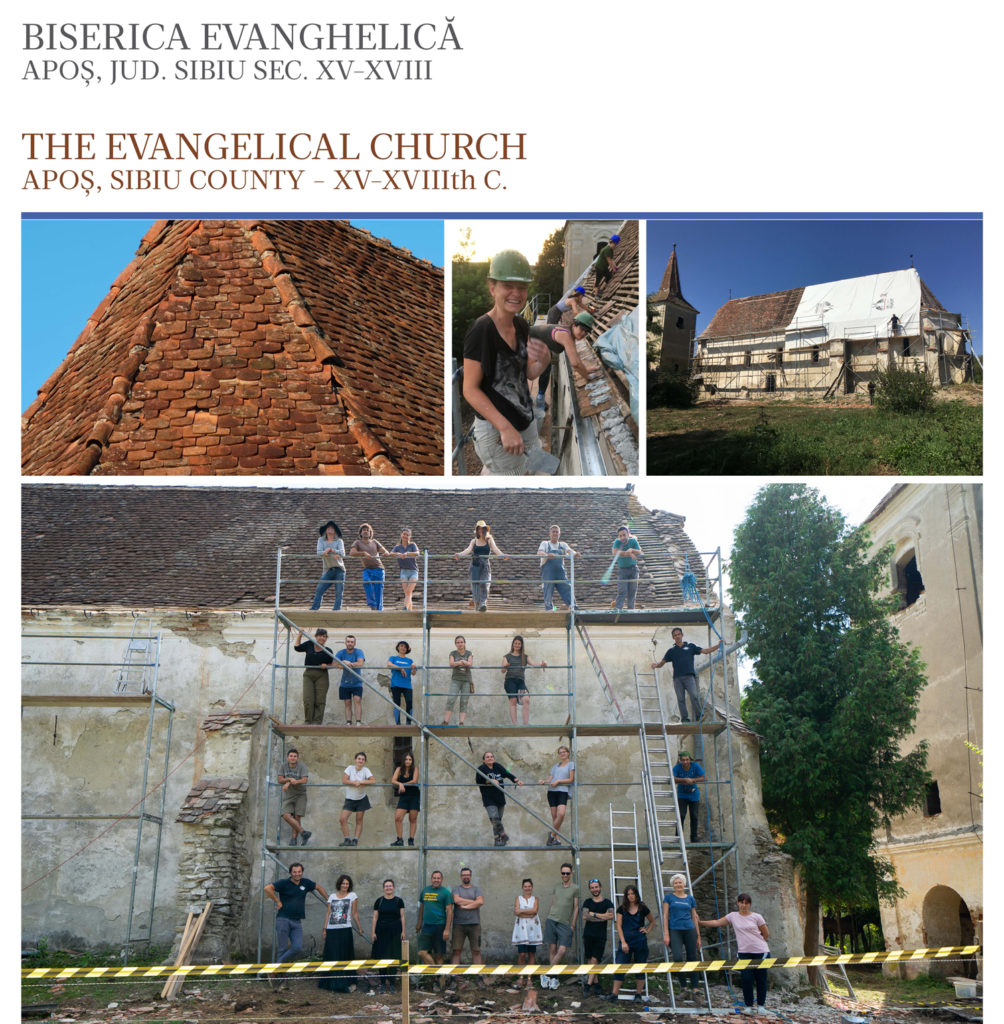 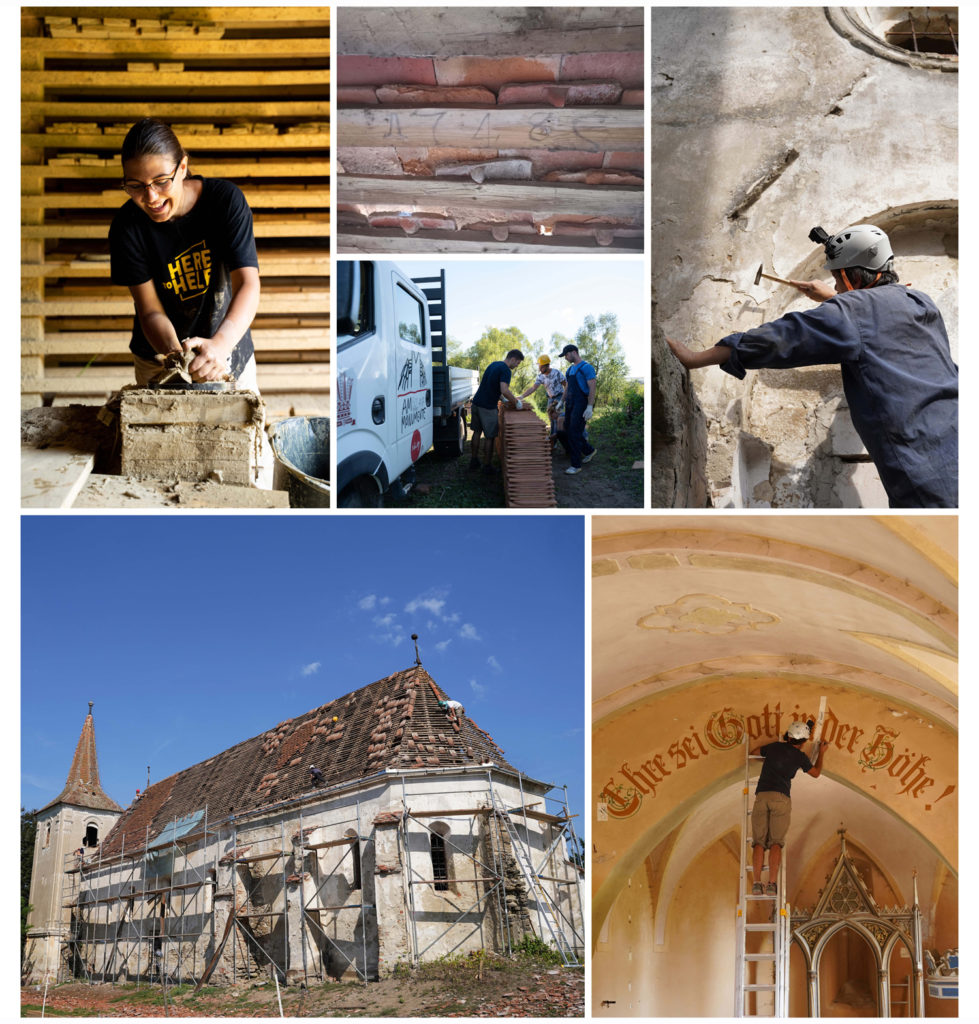 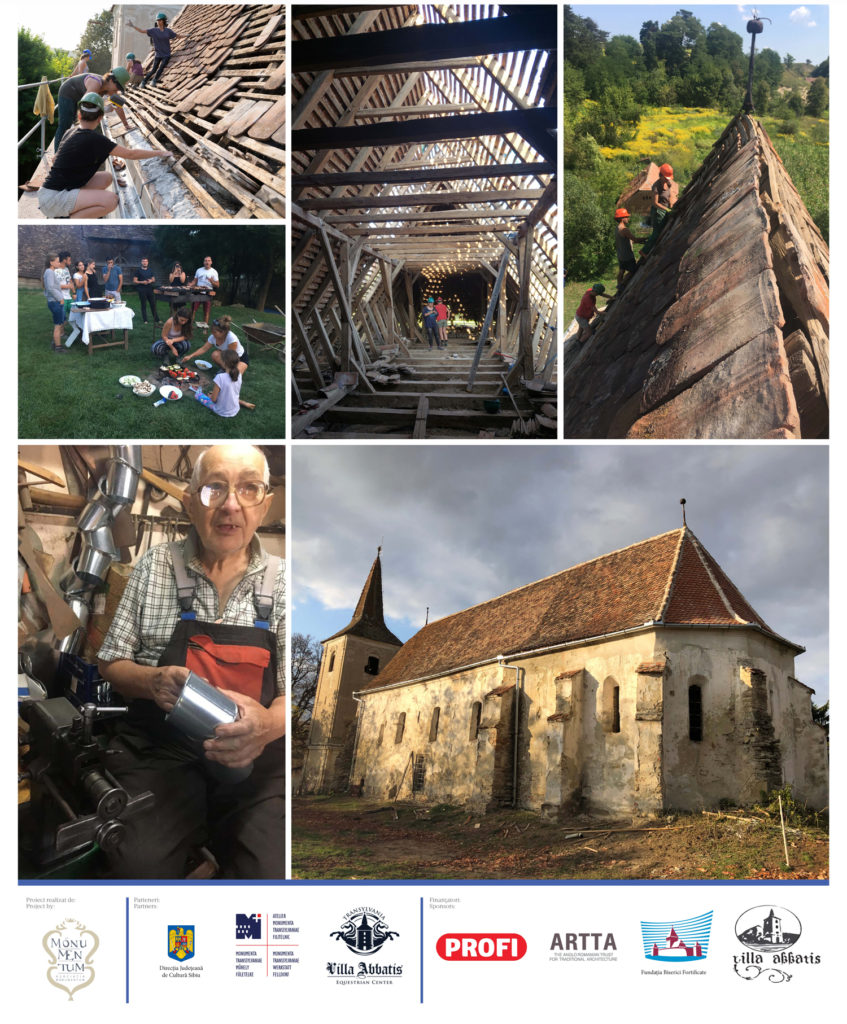 GENERAL PRESENTATION
The monument is located in the eastern side of the village and is now made up of a hall-church and an isolated bell tower placed 6.50 m west from the
church. Both components are made of masonry and bear the traces of abandonment by the community which scattered in the second half of the 20th
century and the first decades of the following one: walls demolished to the ground on the western side, degraded roofs and plaster, poorly maintained
or broken/partially disappeared gullies, broken windows, the interior inventory partially moved to other institutions as a safety measure.
In the middle ages, the church was part of a fortified ensemble, then they erected a series of differently proportioned buildings on the premises and
outside it, like the school (1913) and the “Teacher’s House”, both by the tower and near the “Fortress Manager’s House” (attached to the northern façade
of the bell tower); there’s also the “Community House” and the evangelical parish house.

THE STATE BEFORE THE INTERVENTION
The building constituted a public danger considering that the precinct wall no longer existed (and the area was quite frequented by the local youth)
and tiles fell off the roof quite frequently. The church roof was degraded and allowed for infiltrations because of the exfoliation of the manufactured
historical tiles and of the breaks in them caused by mechanical shocks (probably hailstone), the roof elements would slide down the laths and some the
laths were wrongfully disposed. The roof was made of several types of historical tile.

SAFETY INTERVENTION PROPOSAL
The proposal was to remake the roof on a “piece by piece” basis: dismantle, sort and rearrange the ceramic items and replace the missing ones with
manufactured ceramic elements of identical shape, size, disposition, mechanical properties and manufacturing technique.

ACCOMPLISHED INTERVENTIONS
The first two rows of tiles were mounted on the eave in a limestone-based mortar bed after the previous cleaning of the surplus of mortar from the latest
intervention. First we needed to mount the gutter hooks on the ejectors.
The historical laths carved in fir wood were preserved and only the degraded ones were replaced following a careful visual inspection. The new lathes
were mechanically debited. In the areas where the irregular section of the historical laths allowed the tiles to slide down, we selected and used longer
lip tiles. The historical crests from the edges were reused and wet-mounted. After remounting the roof, we mounted new gutters and drainpipes.
With the help of experts, we probed the interior church walls. We discovered several dates and inscriptions on the laths, the tiles and the bricks.
Also, we replaced the tiles and the degraded or missing crests from the bell tower roof and the old, dysfunctional lightning rod.