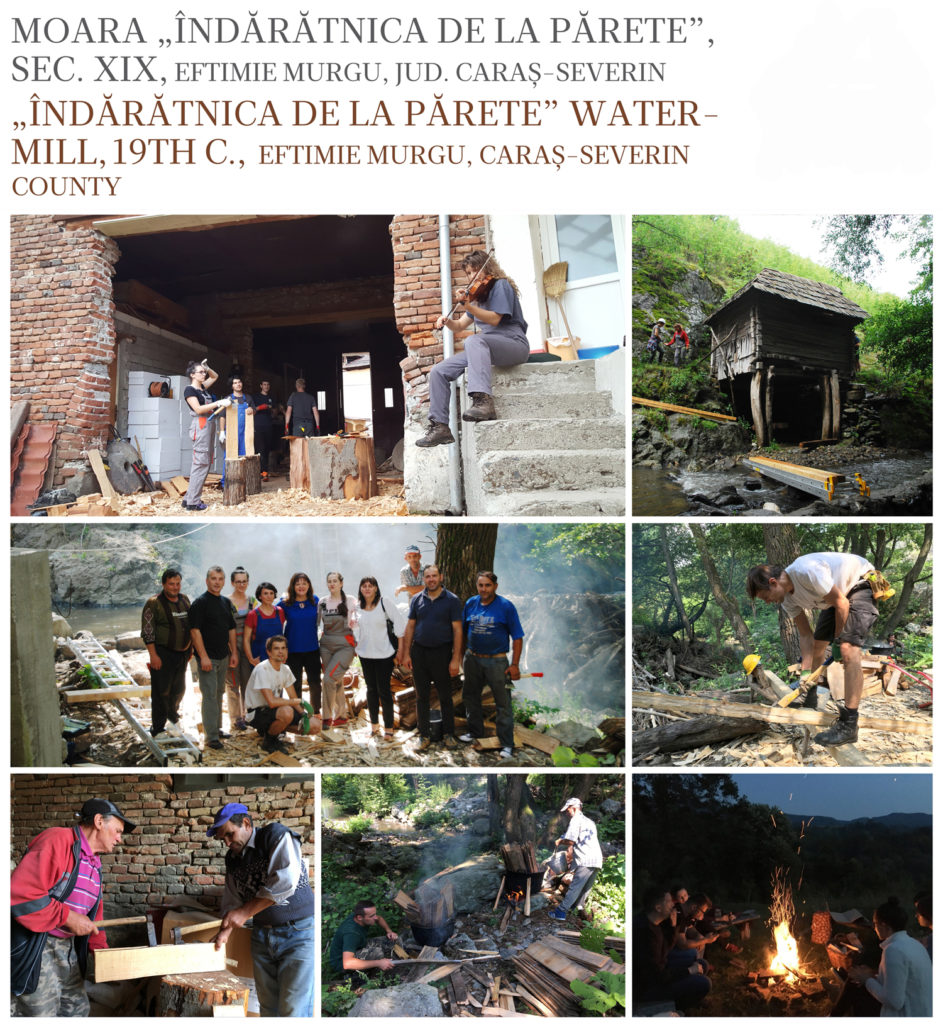 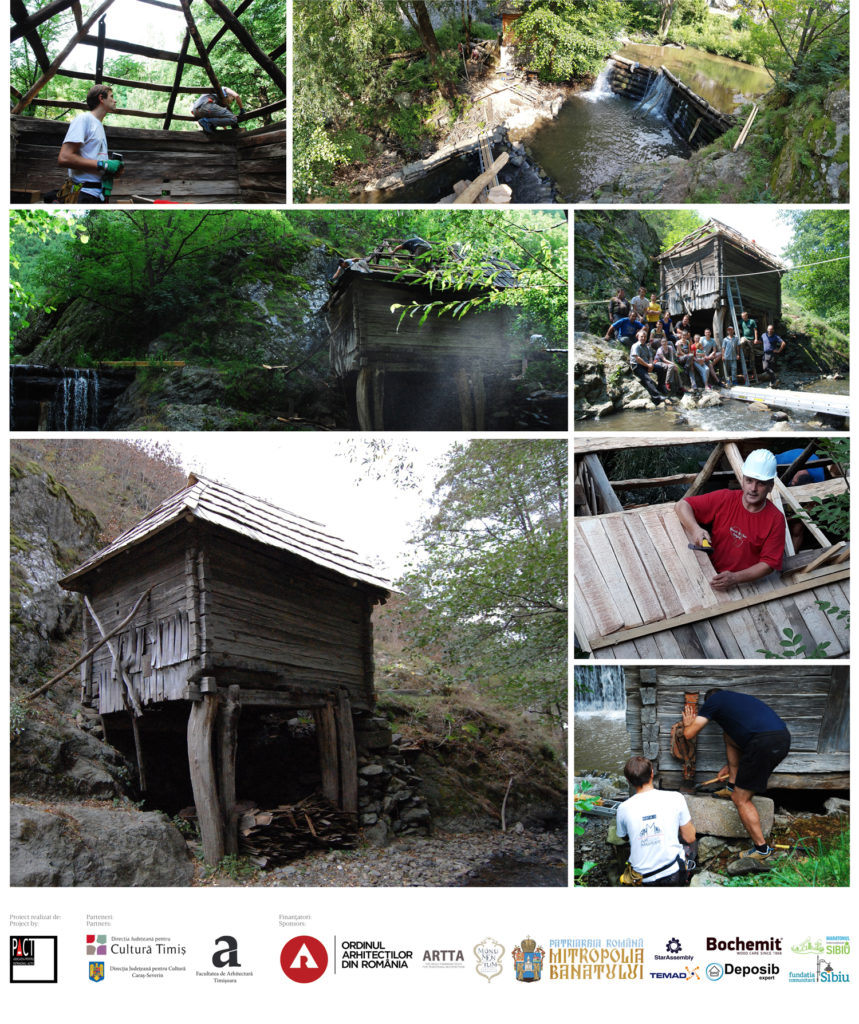 GENERAL PRESENTATION
Rudăriei Gorges (Cheile Rudăriei) watermill reservation is one of the most important reservations of such kind in Romania. On the route of 3 km where there once were 40 watermills (only 22 preserved today) there is also the one named “Îndărătnica de la părete” – considered to be the oldest of them.
It is partially built on the rock, partially on two wooden posts on the shore of the river Rudărica. After a severe flood which seriously affected other watermills more recently built and thus normally stronger, the “Îndărătnica de la părete” watermill survived – perhaps thanks to its position near the cliff –, although it was damaged. At the time of its evaluation we also noticed the old and deteriorated beech shingle, thus requiring rapid intervention necessary to slow down the decay.

THE STATE BEFORE THE INTERVENTION
The waters and the vegetation rests falling from the cliff were accumulated at the base of the building, thus leading to the severe decay of the elements located at the base of the watermill building. Furthermore, the rainwater slowly degraded the beech roof covering, as well as some laths and rafters.

SAFETY INTERVENTION PROPOSAL
The intervention proposal targeted the stability of the watermill and its protection with a new handmade beech covering, having similar characteristics with the older, replaced one.

ACCOMPLISHED INTERVENTIONS
The volunteers were split in two working-groups: the first worked under the guidance of a shingle master in the village, thus manually producing the
necessary material to build a new covering (the shingle pieces were cut along the fibres, according to the traditional techniques); the second group
documented the elements of the planned interventions, replaced one of the base elements of the building (severely rotten) with a new one, and then
replaced the degraded elements of the roof – some rafters and laths, then the shingle. The first workgroup provided the shingle, which was assembled
following the model of the former one. Members of the local community, and especially Mihai Vlădia (the mayor of the locality) also participated at
the production and assemblage of the new shingle. The intervention was coordinated by Active Patrimony Association (PACT) from Timișoara and cofinanced by the Romanian Order of Architects and Eftimie Murgu Town Hall.