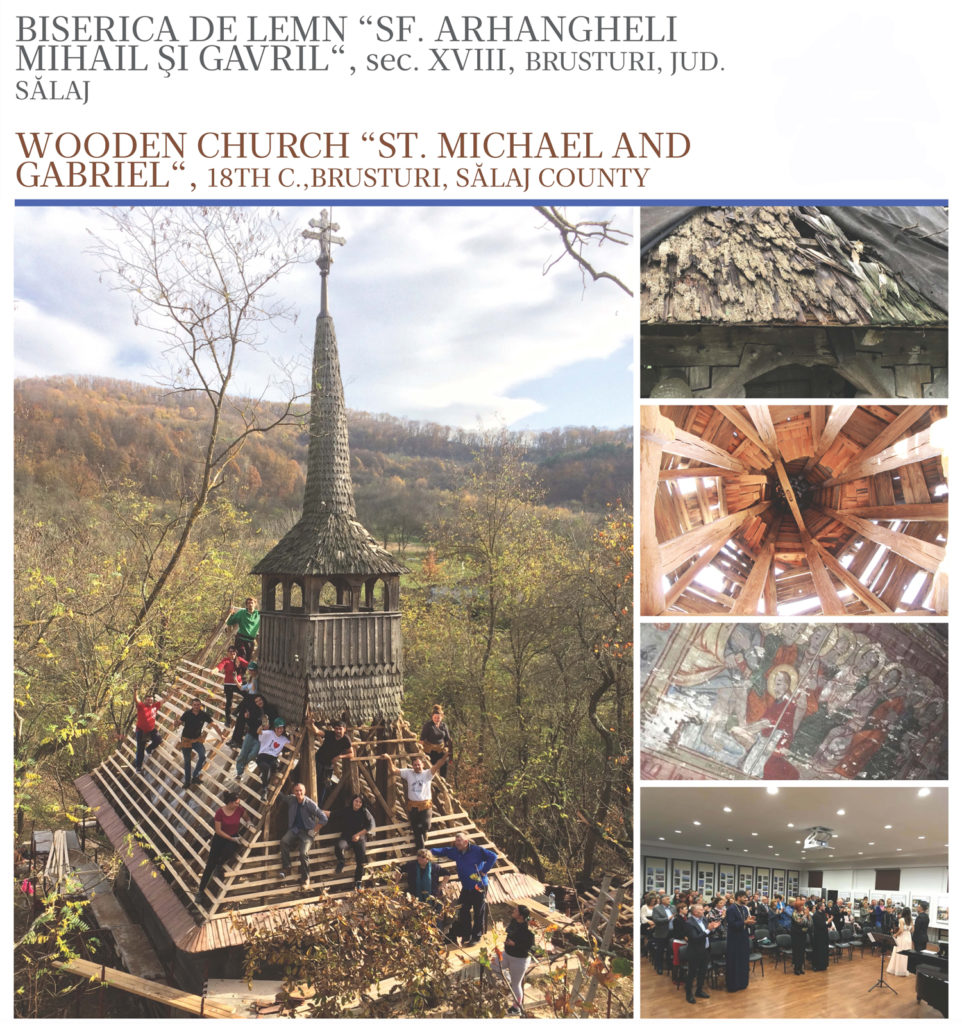 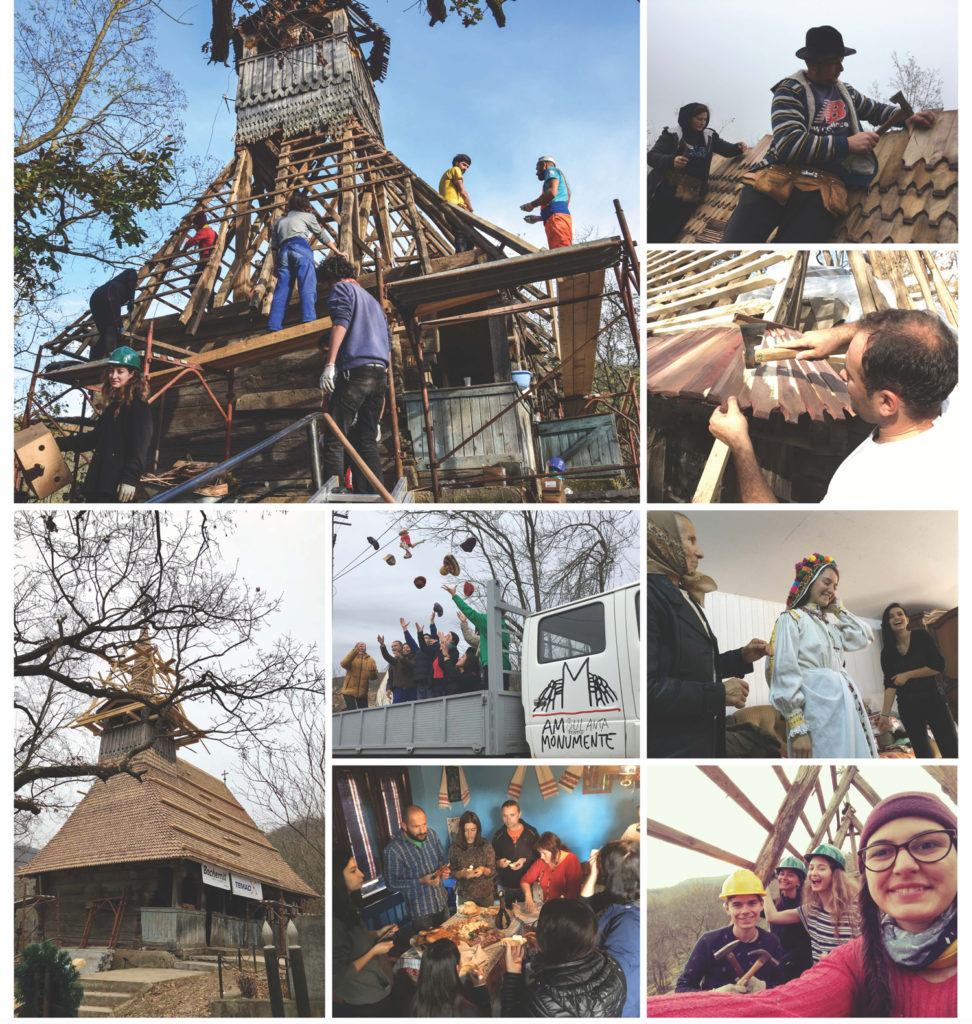 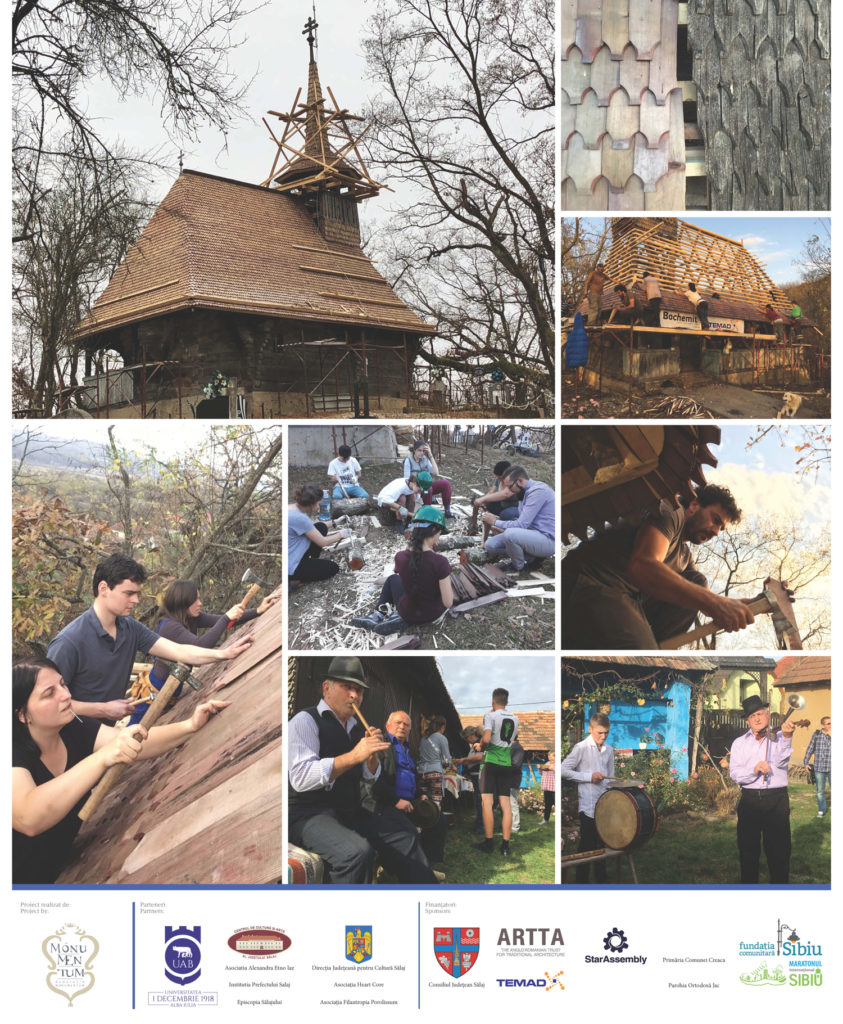 GENERAL PRESENTATION
The first research dedicated to the Brusturi wooden church took place in the interwar period, during the extensive investigative actions conducted by
Professor Leontin Ghergariu on the Sălaj county wooden churches. Currently, the Brusturi wooden church is on the list of historical monuments (LMI)
under code: SJ-II-mA-050 261. The upper border of the door has an inscription dating back the church that could not be fully deciphered. The difficulty
to read the inscription was mentioned by several researchers. For example, Leontin Ghergariu stated that the front door is carved and that it “but can
not decipher the inscription” and the late ‘70s, Ioana Cristache-Panait researcher noted that from the inscription about the building of the objective,
missing by changing the upper surround of entrance door, was left only its end: “Valeat 1701”.

THE STATE BEFORE THE INTERVENTION
During the evaluation of the building, it was found that the conservation status of the rafters was relatively good, but covering and laths were in
advanced state of degradation, allowing water seepage that endangered the structure of the roof, the interior painting and the objects inside the church.

ACCOMPLISHED INTERVENTIONS
Evaluation of conservation has led to the proposal to replace the degraded casing with a new covering of shingle of the same material and same form but
treated previously against the weather conditions and against insects with a solution of copper sulphate.

SPONSORS AND PARTNERS
The initiative of the intervention belongs to the physician Bogdan Pintea and consisted in the documentation, the dismantling of the covering and
the fitting of a new covering of the same material, respecting the layout, the size and the technique of making the previous one. At the same time it
was mounted a lightning rod. Besides the intervention itself, a series of specialized studies (Historical Study – Bogdan Ilieş and Ileana Burnichioiu,
dentrocronological study – collectively led by Istvan Botar through Arheo-Docs, preliminary expert report – collectively led by Dorottya Makay through
Irod M, biological study – collectively led by Livia Bucşa through Bioharcom). The works were possible due to the material support offered by His Royal
Highness the Prince of Wales, the Orthodox Parish of Jac, the Creaca Town Hall, the Zalau County Council, as well as the numerous donors in the locality
and in the country. Accommodation and meals for volunteers were provided by members of the local community. More than 30 volunteers from
different parts of the country participated in the intervention. The tools were made available by S.C. TEMAD CO SRL in Braşov, and shingle treatment
by BOCHEMIT manufacturer through Deposib Expert distributor in Sibiu.