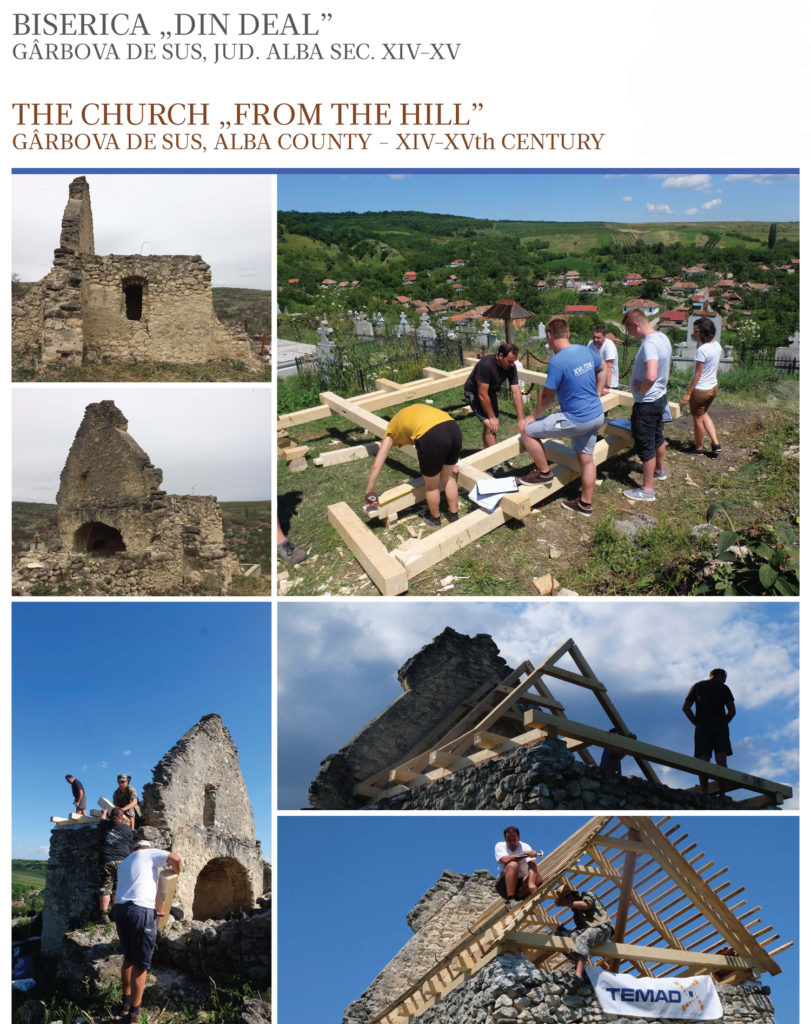 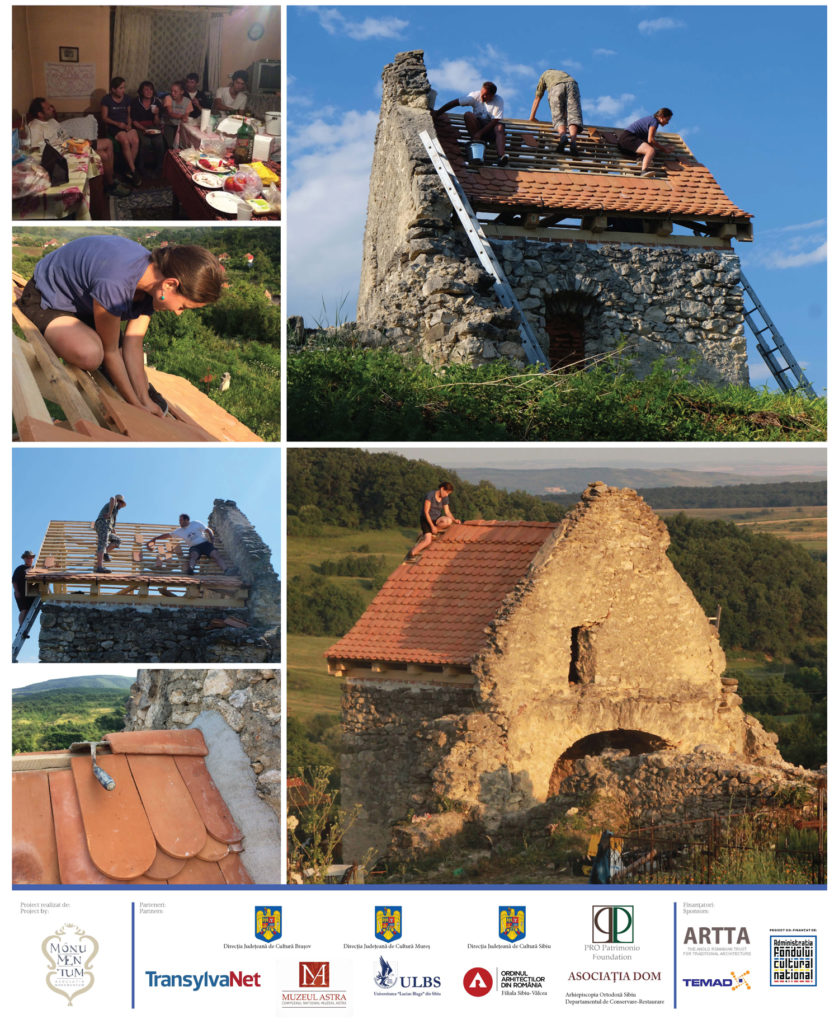 GENERAL PRESENTATION
The ruined medieval church is located within the old cemetery, dominating the village. It was built from masonry in several phases during the 15th
and the 16th centuries. In the first phase there was the naos and a small chapel, to which subsequently the narthex and the bell-tower were added. The latter only preserve their elevations up to 1-1,5 m or less, sometimes down near the walking level. The altar still has its semi-cylindrical vault and the interior medieval frescoes on the walls.

THE STATE BEFORE THE INTERVENTION
The restoration works begun before 1977 (conducted by DMI – The Historical Monuments Direction) were interrupted before securing the ruin against
the continuous degrading. Therefore, the altar and the pinion between the altar and the naos presented serious risk for collapse, thus endangering the safety of the locals still using the cemetery. Besides, the water infiltrations in the unprotected vault of the altar and especially the usual freeze-thaw action threatened the interior frescoes to rapid disappearance.

SAFETY INTERVENTION PROPOSAL
In collaboration with Monumenta Transsylvaniae Association (a group of painting restorers) we proposed: to build a temporary roof above the altar,
made from fir timber and covered by traditional flat tiles; to conserve the masonry walls as they are currently preserved, after cleaning off the rubble and deposits; to consolidate, prevent and limit the degradations of the frescoes still preserved on the northern and eastern walls of the altar.

ACCOMPLISHED INTERVENTIONS
Monumentum Association handled the first objective from the proposal list. In order to obtain a horizontal-based roof and also to avoid further masonry loss, the crown of the altar walls was levelled through a row of brick bond with hydrated lime-based mortar. Afterwards, the new framing was built in a neutral volume, since no relevant data was available about a former roof configuration, except for the existent pinion between the altar and the naos. The roof covering was made from manually made flat tiles. The interventions were financed by private donors, with the support of Anglo Romanian Trust for Traditional Architecture (ARTTA). The accommodation was supported by the locals and the meals were offered by Gârbova de Sus Parish. The tools were provided by S.C. TEMAD CO SRL in Brașov.