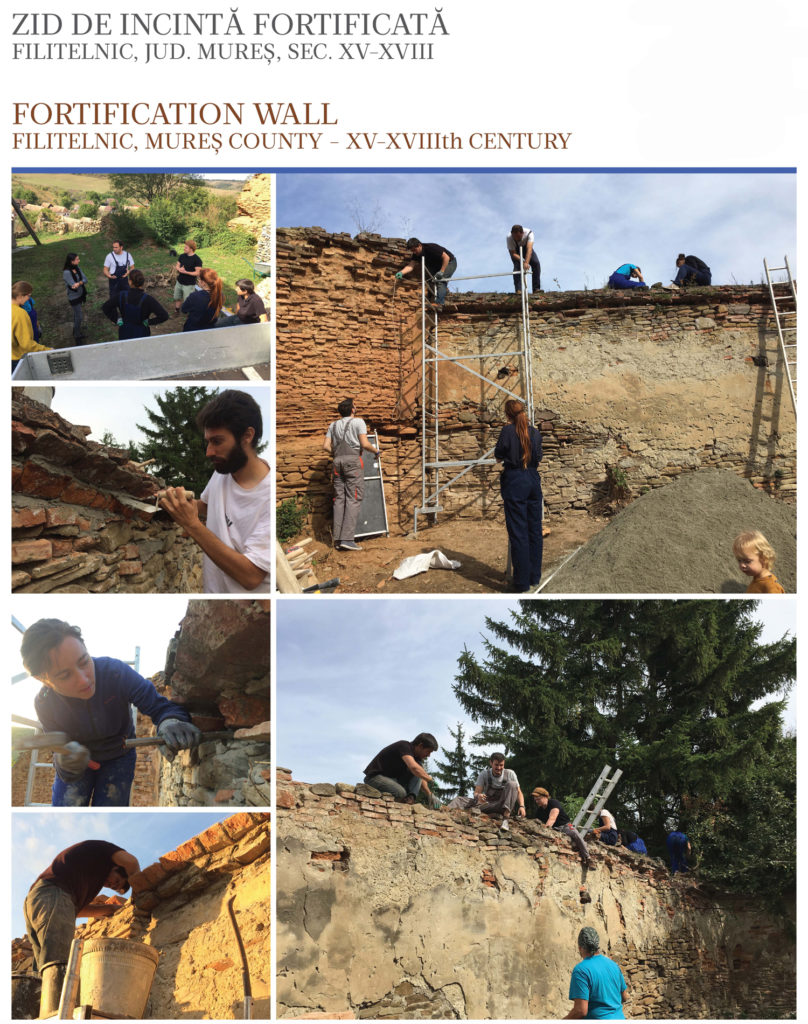 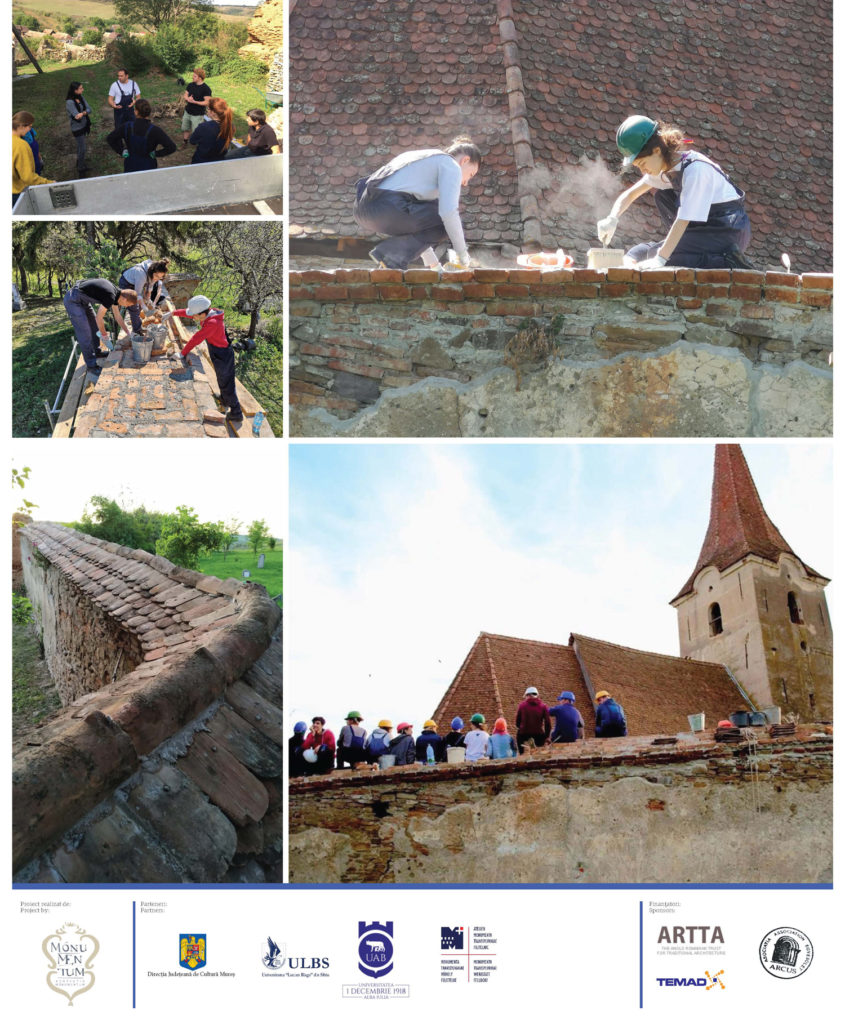 GENERAL PRESENTATION
The evangelical church in Filitelnic, dated in the 15th century, is surrounded by a polygonal precinct strengthened on the northern and southern sides with two towers. The last maintenance works were conducted in the 1980s, hence all the elements of the ensemble progressively deteriorated more or less severely (for instance, a vault inside the church collapsed). In the year 2010 the ensemble entered in the attention of Arcus Association and Monumenta Transsylvaniae group, with the mission to salvage and re-functionalise it.

THE STATE BEFORE THE INTERVENTION
The tiles which previously protected the fortification walls were degraded, thus allowing the water to infiltrate and to alter the mortars binding the masonry. Hence, the upper parts of the fortification walls were partially dismantled, thus being irregular, furthermore severely threatening the stability of the walls — which in some parts bent about 30 cm in the upper part, meaning it got inclined at about 100 from the vertical. The integrity of the mural inscriptions preserved on the outer plaster was also compromised.

SAFETY INTERVENTION PROPOSAL
In this case we proposed the cleaning of the wall from vegetation, earth and other deposits, followed by consolidation works of the masonry with
handmade bricks — also considering for this completion to be recognised as a contemporary intervention. In the most vulnerable part of the precinct
we proposed to build a buttress, necessary to sustain the wall and prevent its collapse. The buttress would have a medium section of 80×80 cm, built
from stone and traditional brick, bond with lime-based mortar, while closing the joints at the wall surface with hydraulic lime mortar.

ACCOMPLISHED INTERVENTIONS
The intervention started with the cleaning of the crown of the walls, also removing the damaged bricks; the latter were replaced with new, similar
ones, and bond with the mortars described in the proposal. The most complicated operation was the chamfering of the bricks necessary to complete the
eaves. The works were made possible by Arcus Association and Anglo Romanian Trust for Traditional Architecture (ARTTA). The tools were provided
by S.C. TEMAD CO SRL in Brașov.