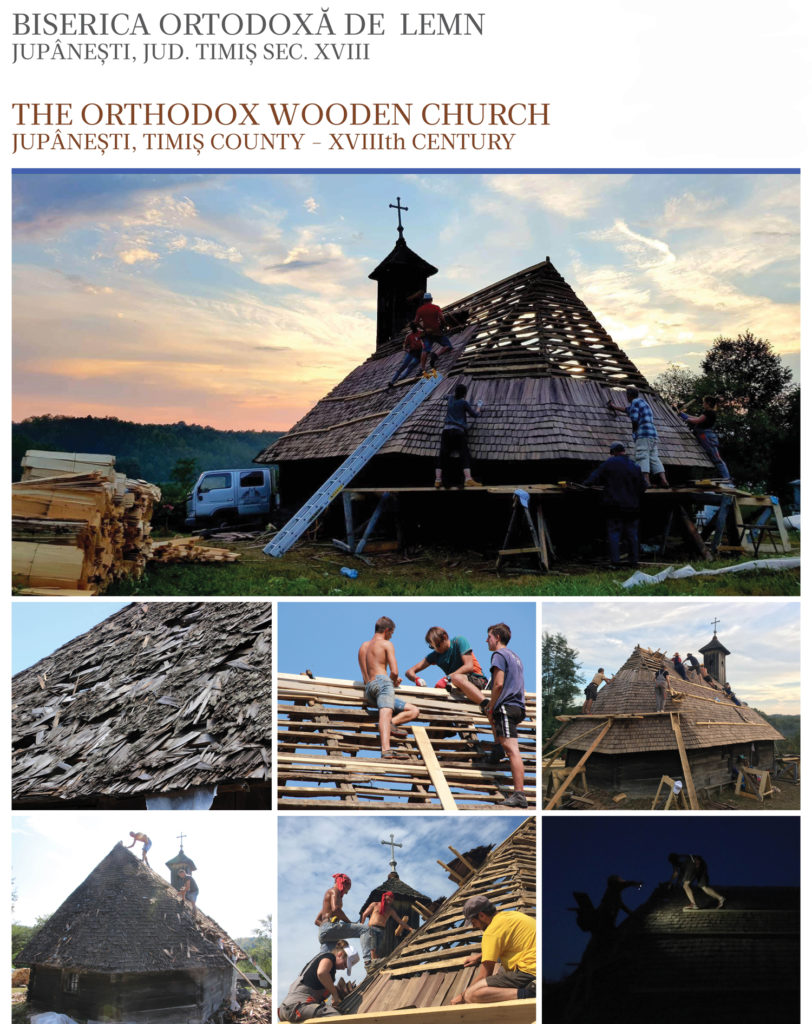 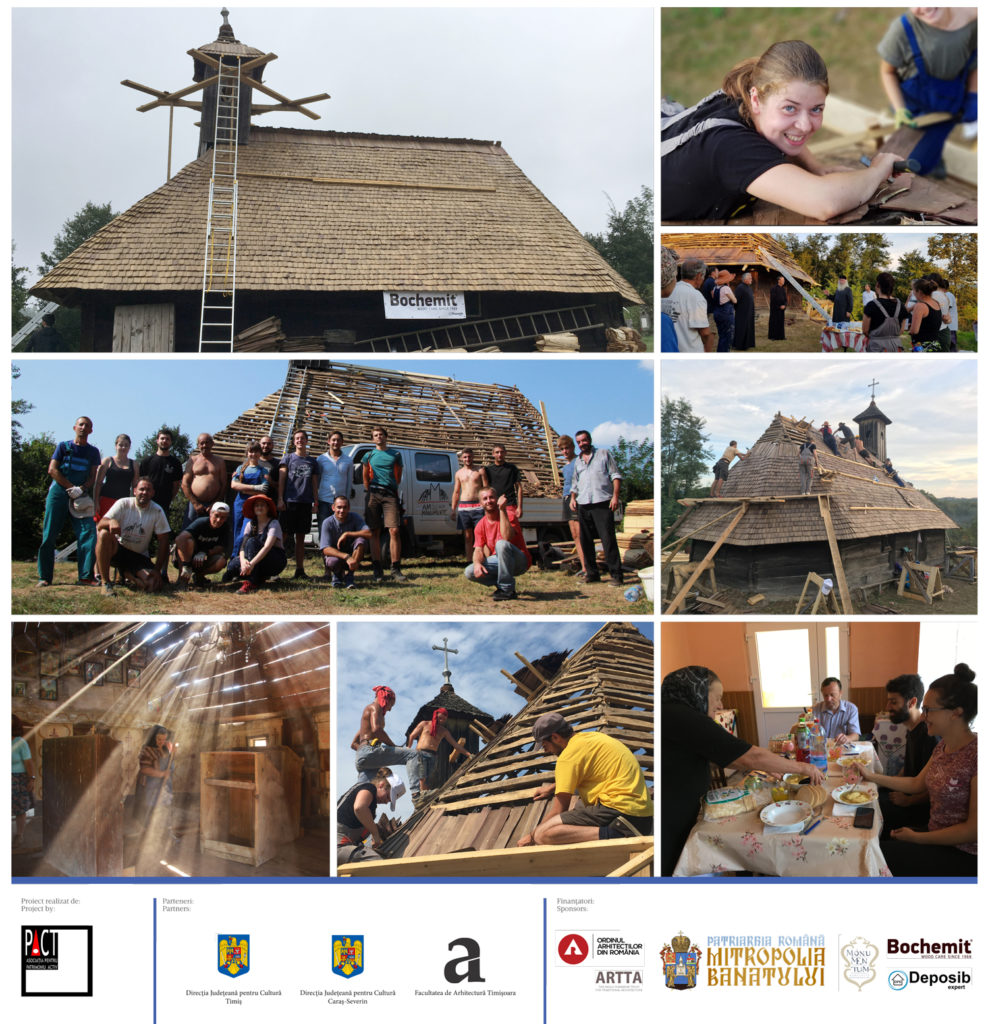 GENERAL PRESENTATION
The local tradition and some stylistic arguments point towards a dating of the church sometime in the second half of the 17th c. or in the first half of
the following one. The building is simple – a single rectangular space for the naos, with a polygonal apse to the east and a narthex to the west. A short
bell-tower was built above the narthex probably in the 19th c. Along its existence, the church was repeatedly deteriorated, which is probably why the
interior painting is completely lost.

THE STATE BEFORE THE INTERVENTION
As the wood shingle cover degraded in the past decades, the rain waters affected both the roof structure and the interior of the church. The locals
covered it with a canvas meant to offer temporary protection, conversely this favoured even more the fungi and the xylophagous attacks of the wooden
structure.

SAFETY INTERVENTION PROPOSAL
As a response to the conservation state we proposed the urgent documentation, removal and replacement of the degraded wood elements of the framing
(traditionally named “lați”, lath), and the setting of a new wood shingle covering.

ACCOMPLISHED INTERVENTIONS
After the existing covering was documented, the degraded laths were replaced, while preserving as much as possible from the existing material.
The new wood shingle cover was first submerged in a copper sulphate solution (to help against bad weather and biological attacks), then dried and
afterwards it was assembled on the roof. The wood treatment solution was provided by Bochemit (producer) and Deposib Expert from Sibiu (dealer).
The intervention was coordinated by Active Patrimony Association (PACT) from Timișoara and co-financed by the Romanian Order of Architects,
Metropolitanate of Banat, Jupâneşti Parish and the City Hall of Făget.